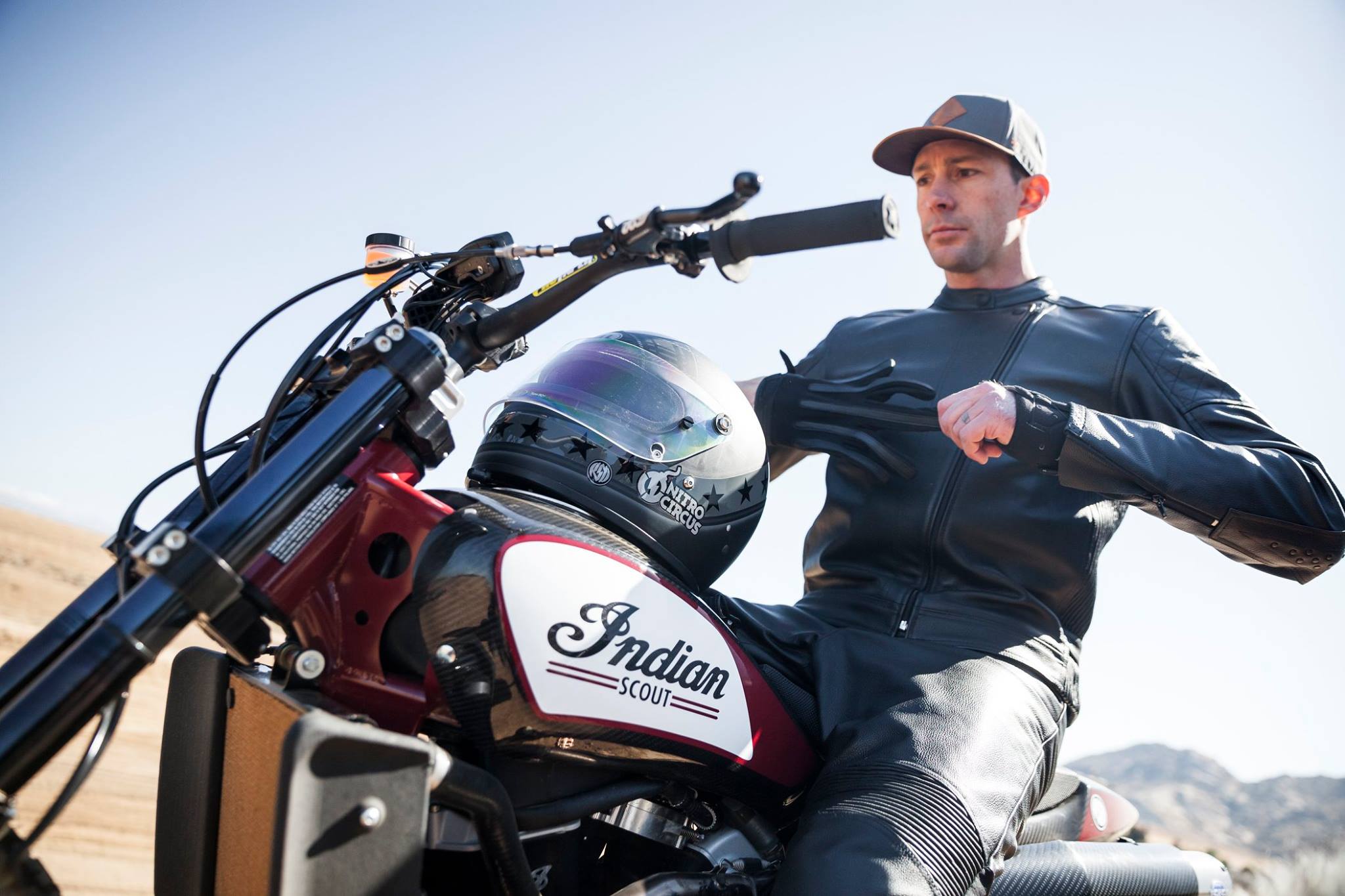 Las Vegas, NV / May 14, 2018 – Nitro Circus and Indian Motorcycle, America’s first motorcycle company, announced today that Travis Pastrana will be jumping an Indian Scout FTR750 when he looks to pay tribute to Evel Knievel, the founding father of motorcycle stunts, and surpass America’s most iconic daredevil. “Evel Live”, an unprecedented three-hour live event premiering Sunday, July 8th at 8PM ET/ 5PM PT on HISTORY®in partnership with Nitro Circus, will see Travis Pastrana attempt three of Knievel’s most famed jumps on the Scout FTR750, including jumping the length of 52+ crushed cars, 16 Greyhound busses, and the ill-fated Caesars Palace fountain jump that left Knievel grasping for his life. If successful, Pastrana will be the first individual to complete all three jumps in one three-hour timespan and on a motorcycle similar to those Evel used.

The Indian Scout FTR750 is a flat track racing motorcycle designed to push the boundaries of speed and redefine control with two wheels firmly on the ground. Rewinding time, you find the motorcycles Evel jumped were designed for similar purposes. However, neither were intended for jumping.

“It was extremely important to use a motorcycle similar to the ones Evel jumped. The Indian Scout FTR 750 is just that, a modern-day evolution of the flat track motorcycles of the past,” said Pastrana. “It has the power I need and handles well, but I’m only going to have a few days to get comfortable on it, not to mention I’ve never jumped a V-twin before. I’ve got my work cut out, but we’re used to going big at Nitro Circus, so we’ll make it happen.” 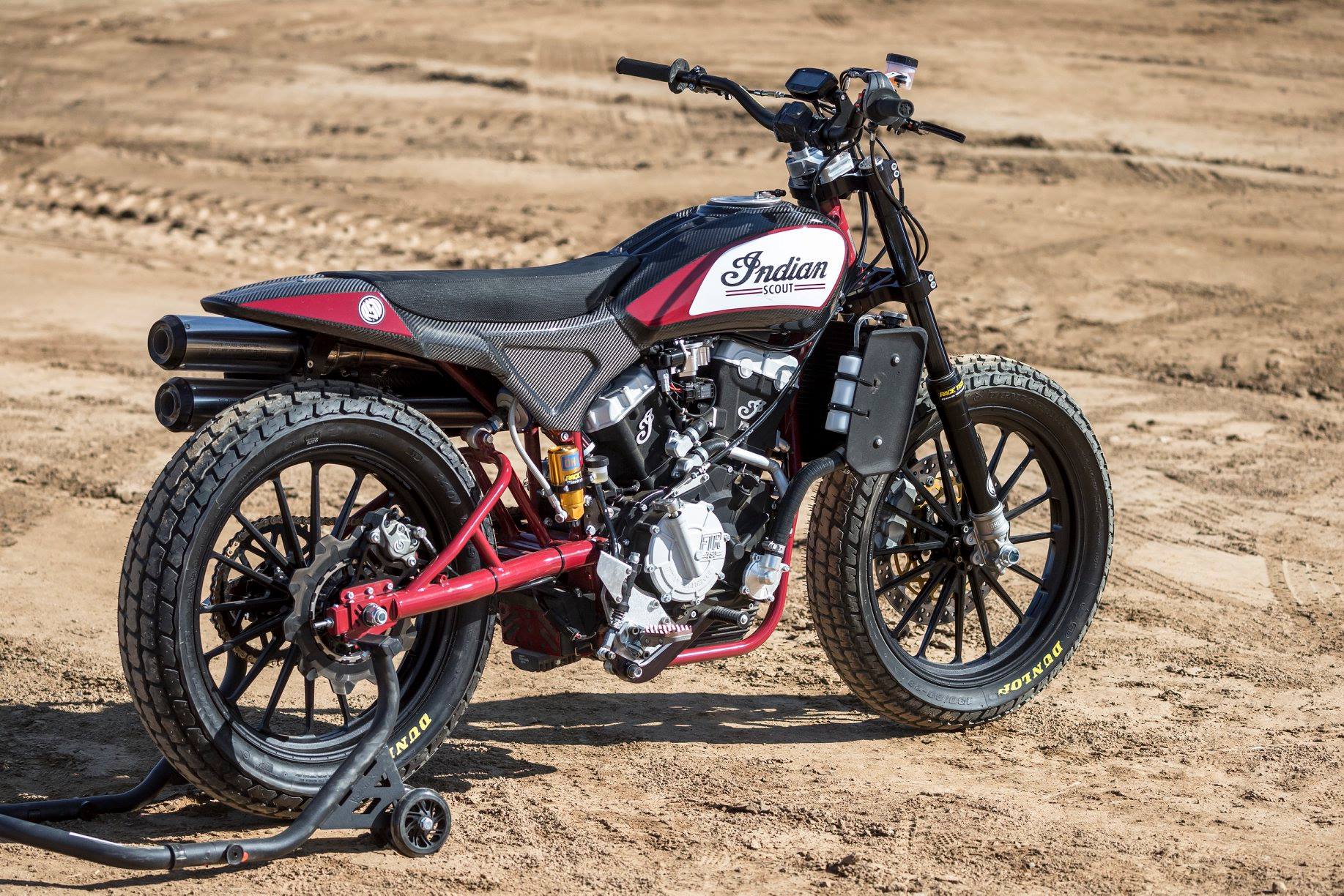 The Indian Scout FTR750 is far different from the lightweight motocross bikes you would typically find Travis Pastrana jumping. The engine of the FTR750 features a powerful 750cc 53-degree V-Twin and utilizes 43mm conventional front suspension with an adjustable Ohlin’s mono-shock on the rear. Introduced in the American Flat Track racing series in 2017, the Indian Scout FTR750 secured 14 victories along with the manufacturer’s and rider’s championship in its first year of competition.

“We couldn’t be more excited for Travis to be piloting the Scout FTR750 as he looks to make history by recreating three of Evel Knievel’s most historic jumps in a single evening,” said Reid Wilson, Senior Director, Marketing and Product Development for Indian Motorcycle. “Evel Knievel is truly a global icon, and we’re proud to be a part of this incredible event that pays homage to his legacy in such grand fashion.”

Will Travis Pastrana successfully complete all three jumps on the Indian Scout FTR 750? Tune-in to HISTORY® on Sunday, July 8th at 8PM ET/ 5PM PT to find out.

To learn more about the Indian Scout FTR750 and Travis Pastrana’s attempt to make history with it on “Evel Live,” as well as for periodic updates leading up to the event, visit IndianMotorcycle.com or follow along on Facebook, Twitter & Instagram.

For those who don’t remember the story between Evel Knievel and the Caesar Palace, here is a video to refresh your mind…

We will soon make an article about Evel Knievel who is one of last real daredevil we knew.