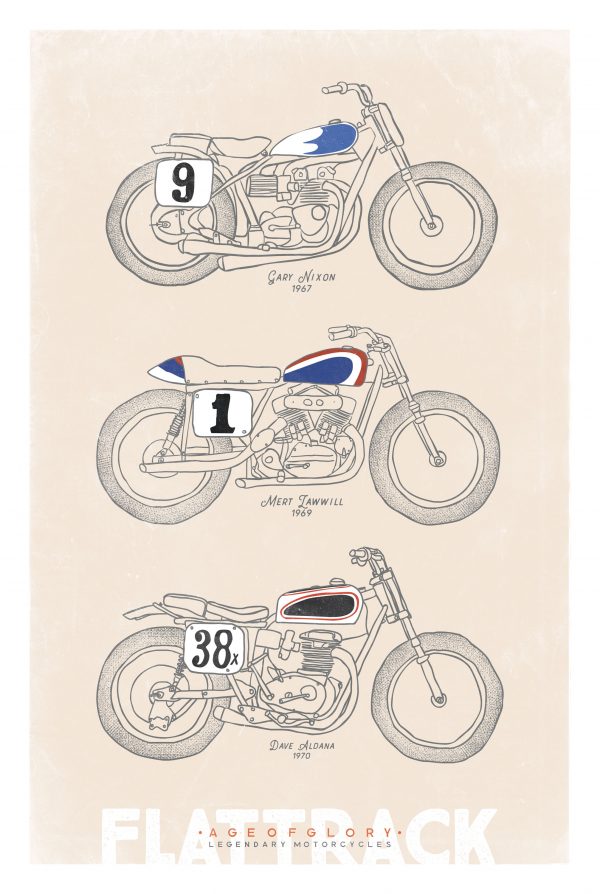 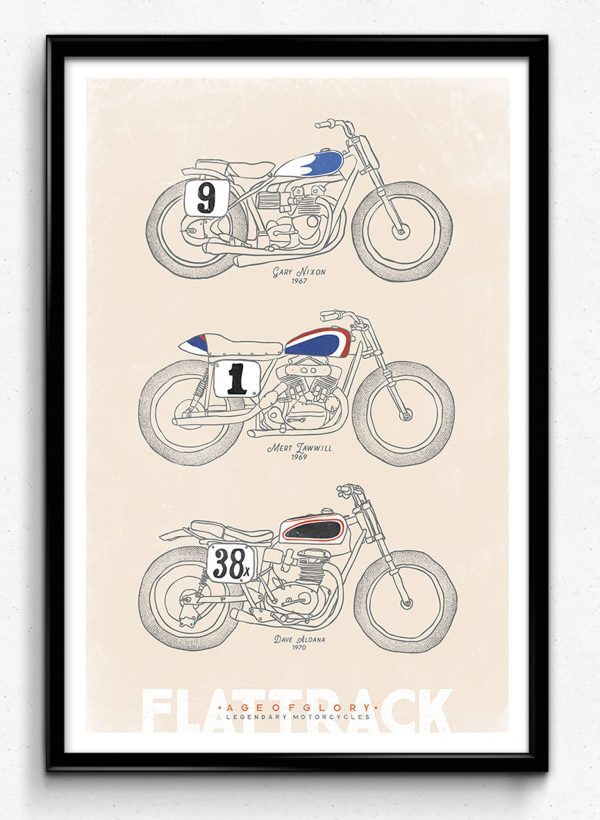 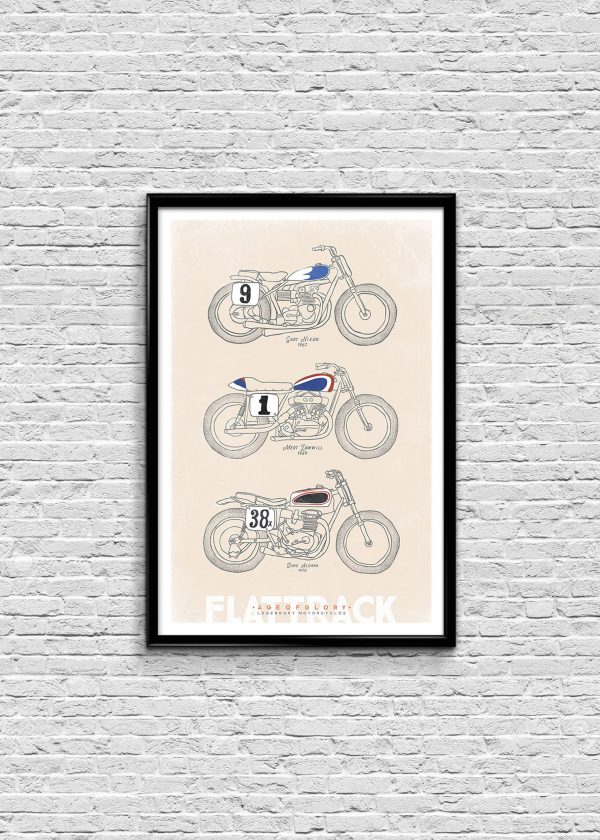 For the vintage Flat Track fans, here are 3 legendary bikes that were racing in the early seventies and owned by 3 legendary Racers:
– The 500cc Triumph Daytona from Gary Nixon with which he won the GNC in 67 and 68,
– The KR 750 Harley Davidson from Mert Lawwill with which he won AMA #1 plate in 69; this was the last year of this model before it was replaced in 1970 by the XR 750,
– The 650cc BSA from the rookie year of Dave Aldana in 1970 (he won 3 races on his rookie year with a third overall championship place for his first year as a pro rider).

There are no reviews yet.

Only logged in customers who have purchased this product may leave a review.